A downloadable game for Windows, macOS, and Linux

A horror tale of the Revolution on culture, heritage,
and the anxieties elicited by a strange library.

They say that after the Revolution, some great aristocrats went awry,
and took part in depraved, occult rituals.

They don't understand why Lord D was among them.
Wasn't he an ardent defender of the Revolution?

There's talk of terrible events occurring in his personal library.

They say he didn't like it, never went anywhere near it.

They say he couldn't master it.

This is a Lovecraftian horror tale set around a fictional revolutionary time.
The story is around 12 000 words long.

It's partly a visual novel, partly Twine-like interactive fiction. Though there are visuals and sounds, there are no sprites, and the emphasis is on the text.

This is probably not a very pleasant, well-written or constructed piece of fiction.
The original idea dates from quite a while back, and it's been weird to commit to it after all this time. Hope it can still be enjoyed in some way!

NaNoRenO notice: this is an IntRenAiMo entry

This story was submitted for NaNoRenO 2017, but it isn't a regular entry: it hasn't been fully made within March 2017. I have reused an old unfinished short story which was already ~6000 words long.

Since participants were encouraged to submit works merely “finished” during March under the IntRenAiMo tag, I thought it'd finally be the occasion to try to turn this half-finished story into interactive fiction.

I'm no artist or musician, so creating this story wouldn't have been possible without the work of talented composers, photographers and sound enthusiasts who made their work freely available under Creative Commons licenses.
Please refer to the Credits menu inside the game for detailed attribution resource by resource, with links and additional commentary!
In the meantime, please let me shortly thank…

Download the improved Post-NaNoRenO build for your platform, and launch the executable. That's it!

Aaaaah, thanks a bunch, it means a lot! 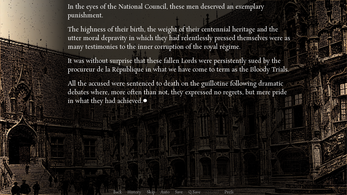 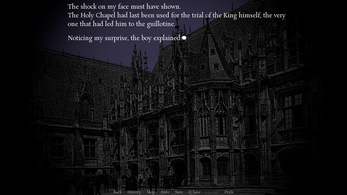 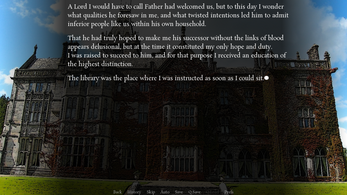 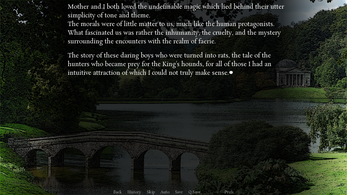 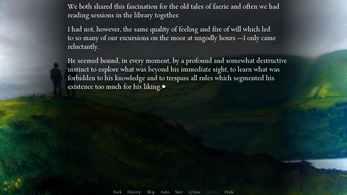 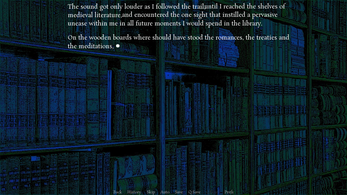